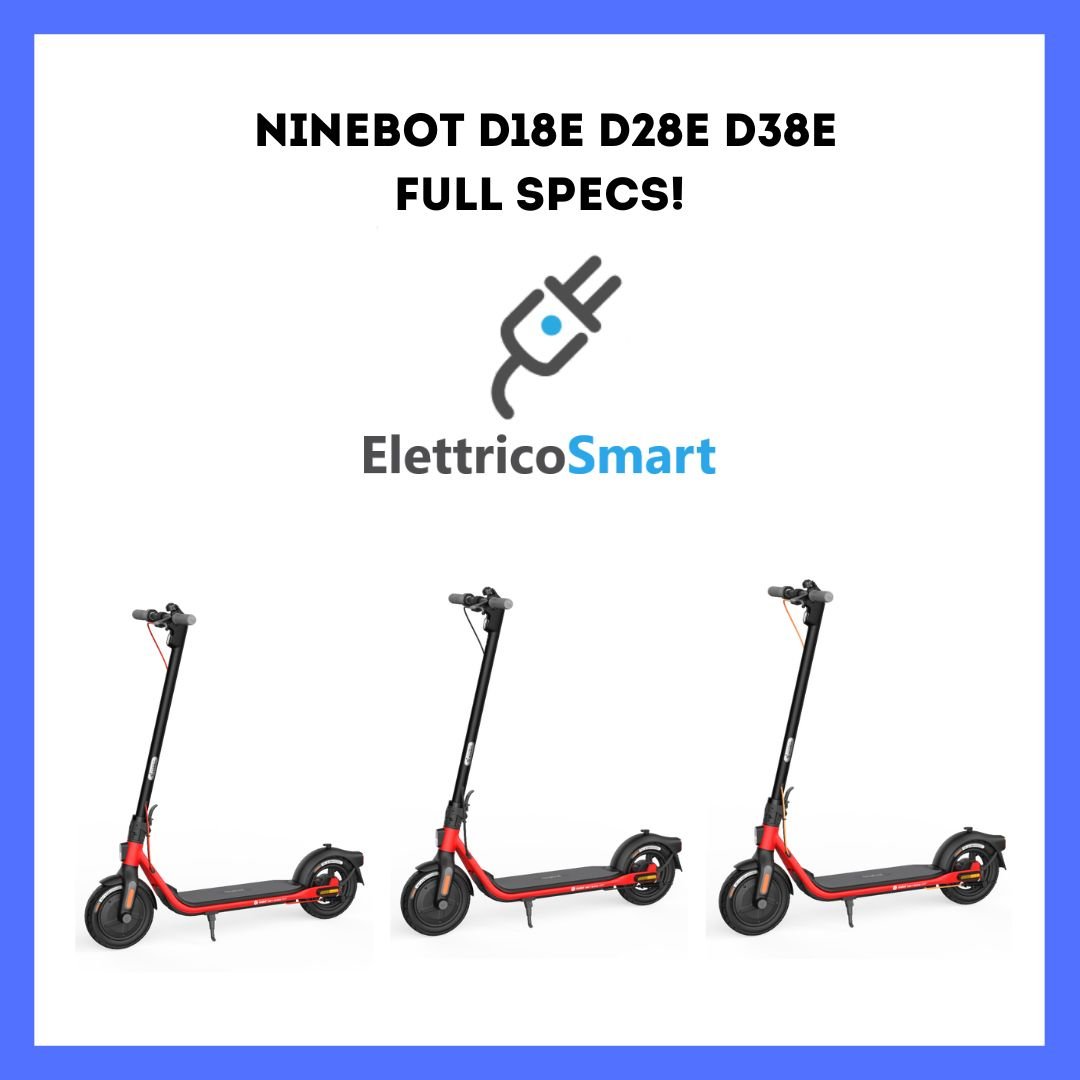 In this article you will find out all the technical data sheets and specifications of the Ninebot Segway D series electric scooters. I am talking about the Segway Ninebot D38E, D38E and D18E released this year! Let’s start right away with the specifications, features and tech data sheet of all Ninebot D Series scooters!

* The declared range of kilometers is different from the real performance. The value you see declared is usually measured at a constant speed of 15km / h, consequently going faster you will notice a proportional decrease in autonomy.

Now you know the data sheet and the full specs of all Segway Ninebot D series electric scooters. Read on the real comparison between these three models!